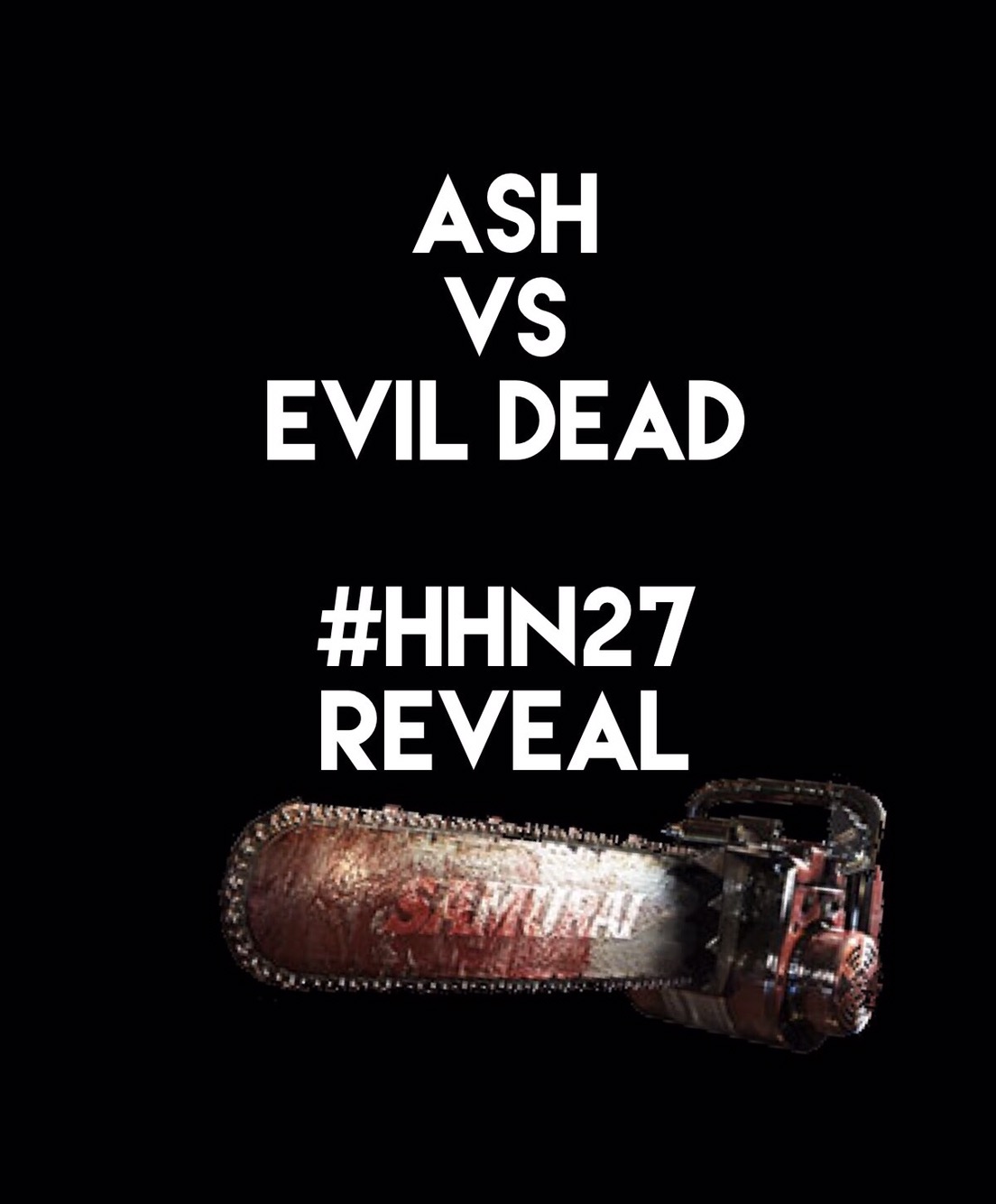 We got a house reveal today (July 27 2017)! Ash vs Evil Dead will be at Halloween Horror Nights 27! This house will be based off the show of the same name that can be seen on the Starz Network. No date set for the debut of the third season of the show. I've seen a couple sites reporting to have it back some time in October. Maybe adjustments can be made to the house since HHN 27 starts before the show comes back for its next season.

The lead character is Ash Williams and he's played by Bruce Campbell. The original Evil Dead (1981) was a trilogy. It wasn't until the end of the second movie (1987) where Ash gets his iconic chainsaw arm. And the third movie (1992) takes a (spoiler alert) time traveling twist. Numerous video games (and a cameo on the TV show Psych where his character's name was Ashford) later, Ash is back and on the Starz Network in Ash vs Evil Dead. The franchise has a HUGE cult following. So if you're not a big fan yourself, I hope you get to walk through the house among other people who are. I can only hope there will be Easter eggs and homages to other Sam Raimi projects in the house too.

There was an Evil Dead house back in 2013 for HHN 23. But it was based off the remake of the same name that came out that year. So this will be Ash's first crack at Horror Nights! It's gonna be groovy!

Be sure to check back with HHNstagram for more HHN 27 updates! Until next time, catchy catch phrase! -Mikey