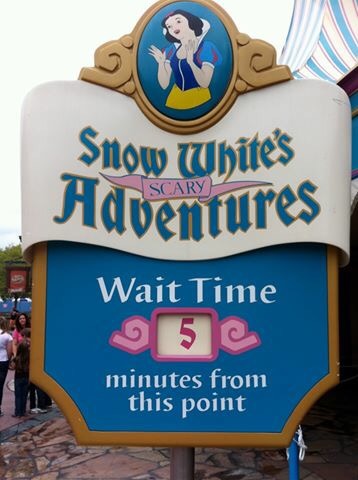 It's been 5 years since this opening day attraction has closed at the Magic Kingdom. I must admit, Snow White's Scary Adventure was almost always a "must do" every visit to the MK. It was located where the Princess meet and greet is now in Fantasyland.

From 1971-1994 there was a more intense version of this attraction. Snow White herself didn't appear at all. And the Dwarfs only popped up in just one scene! I remember going on this version when I was a kid and the Wicked Queen scared the hell out of me! There were just so many of her! I'll include a video below of the original attraction.

Our video shows the "hidden Mickeys" within the attraction after the '94 update. Not sure if there were any before as the hidden Mickey craze didn't become popular until the early 90s. Where is your favorite hidden Mickey located? Tell me in the comments!

Until next time, catchy catchphrase! -Mikey