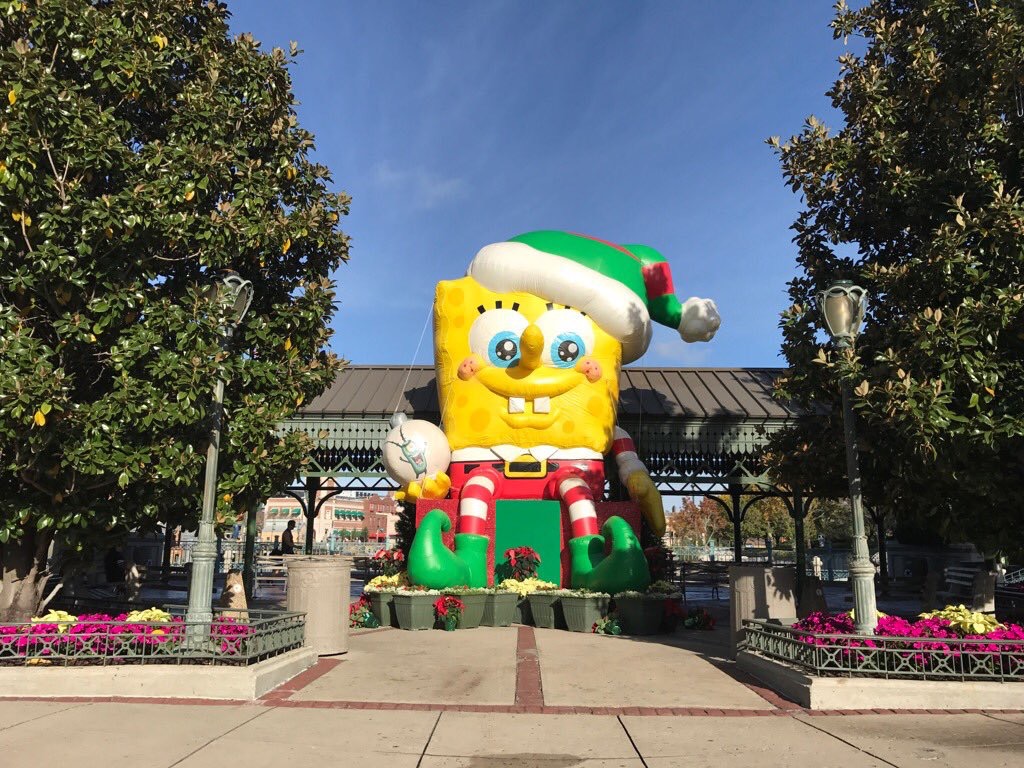 Universal has done a phenomenal job this year stepping up their holiday offerings game! New parade, everything is new in the Wizarding World as far as the holidays go, and of course Grinchmas and Mannheim Steamroller are back too! But something is glaringly missing for me this year. The parade was once called the Macy's Holiday Parade. This year the parade is pretty much all Dreamworks inspired floats and characters and the new name of it is Universal's Holiday Parade featuring Macy's. So it looks like to me that the retail giant has kind of taken a backseat.

Which leads me to my thing thats glaringly missing. One of the coolest things about this time of the year are the decorations that go up around the park. The lights, the garland, and specially themed ornaments would go on display in the front half of USF in the Hollywood and New York areas. There were also huge balloons scattered throughout these areas as well, but they are missing this year. No huge Super Grover near Sting Alley. No Scooby Doo where Beetlejuice's Graveyard was. No creepy Shrek looking down on you from over the entrance of the Studios Store. All the balloons left out during the day are gone. Never been put up this year. And those are the only things I truly miss this year. Everything else is top notch! But because this is the internet, and because we can. Lets look back at those big balloons from last year at holiday time.