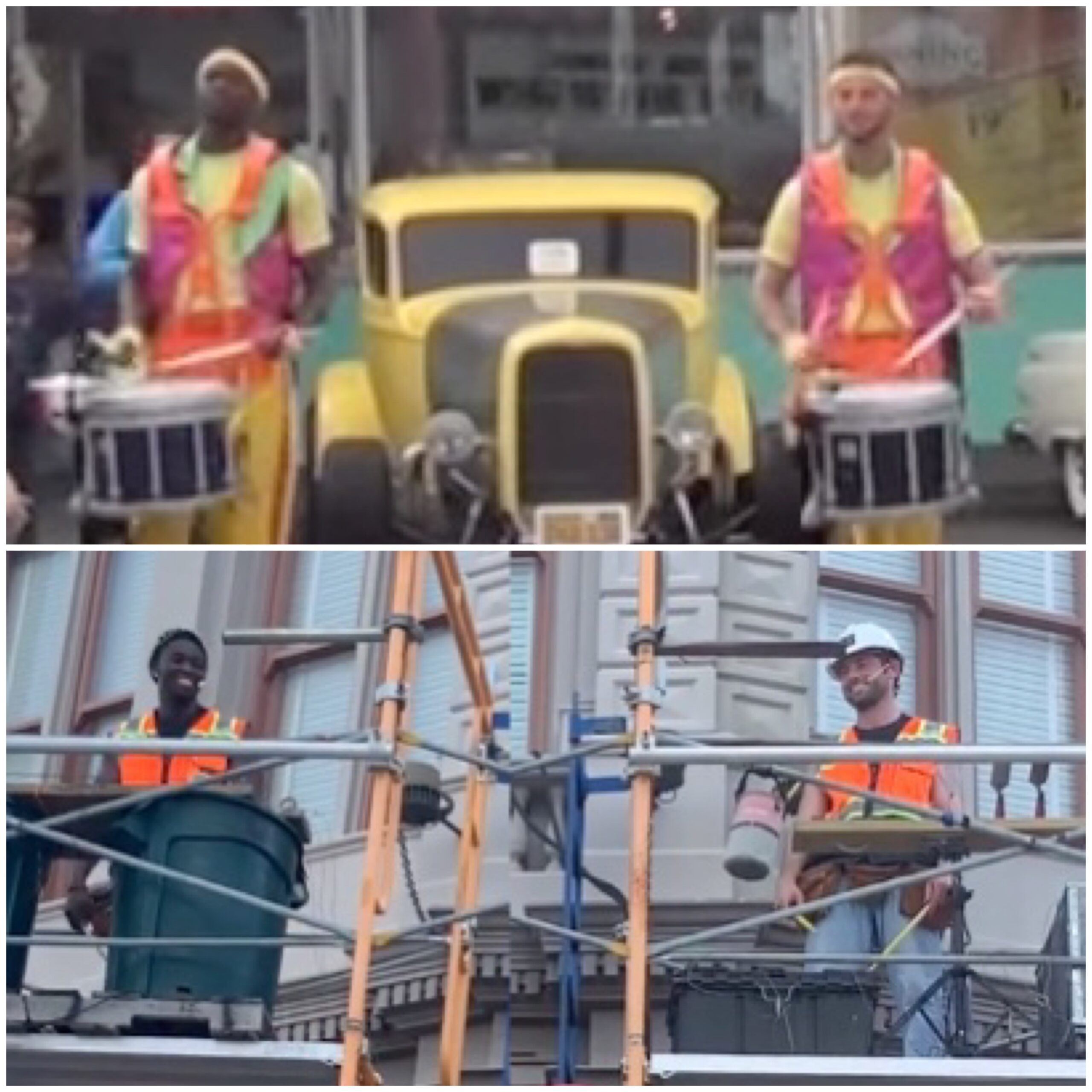 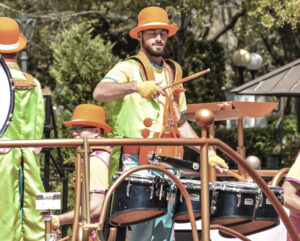 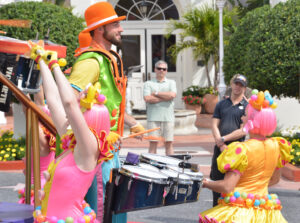 On May 8 2012, the Superstar Parade debuted at Universal Studios Florida. The floats were themed to Spongebob Squarepants, Dora the Explorer, Despicable Me, and the Easter movie "Hop". The latter was about the son of the Easter Bunny who would rather play the drums than fulfill his destiny of becoming the next Easter Bunny. The unit included animated characters (friends "in costume") from the movie, a troop of girls dressed in bright colored outfits with bob haircut wigs, guys on pogo sticks, and The Sweet Beats (EB's drumming crew). 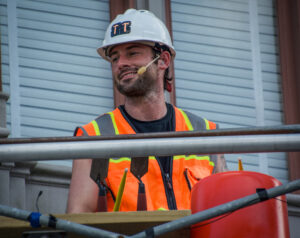 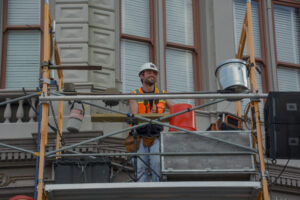 In 2015 Universal started to announce that a bunch of things were being replaced or closing. One of these things was the Hop section of the Superstar Parade as it was going to be replaced by The Secret Life of Pets. This meant all of EB's friends were going away. But luckily(?), two of the attractions that were announced to close (Beetlejuice and Disaster) were able to hold lots of guests at a time. This meant Universal needed to try to fill the void and compensate for the lack of entertainment. 5 new street shows were born. They were:

The Flying Fish Market (juggling and acrobatics), Straight Outta Food Truck (freestyle rappers that would take suggestions from the audience) Sing It! (a planned singing competition between two "teams"), Marilyn and the Diamond Bellas (Marilyn Monroe show featuring a director and backup dancers), and finally, The Beat Builders. 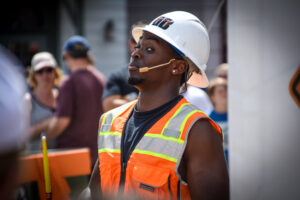 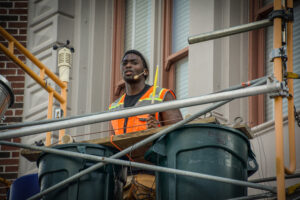 Cleverly staged across the street from where the Beetlejuice stage was, and where lots of visible construction for the Fast and the Furious ride was going on, this is where the Beat Builders still call home to this day. 4 construction workers who found themselves at the wrong worksite but made better of it. To compare it to something main-stream, think of Stomp. Our guys have been working on beats with their tools on the side, now they learn that's what their co-workers have done, and now they can all jam together!

I immediately recognized a few of the Beat Builders as former Sweet Beats and was glad that they were able to find new homes. There was a tiny overlap before Hop ended and when The Beat Builders began, so it was funny to see if anyone was doing double duty. Out of all those shows that were born back in 2015/2016, only a couple remain. One of them being the Beat Builders, and I hope they're here for awhile! I'm a sucker for percussion at Universal Orlando!

Here's a little insight behind what went in to creating the show. During a recent VIP tour, we got some commentary from the show director (and creator) and a mini tech rehearsal!

Next time you're at the park, make sure you check out The Beat Builders. The sun can be a little brutal in that area, so make sure you have some water and maybe a towel to cover the back of your neck. Those boys bring the heat every time and it's getting hot out there!