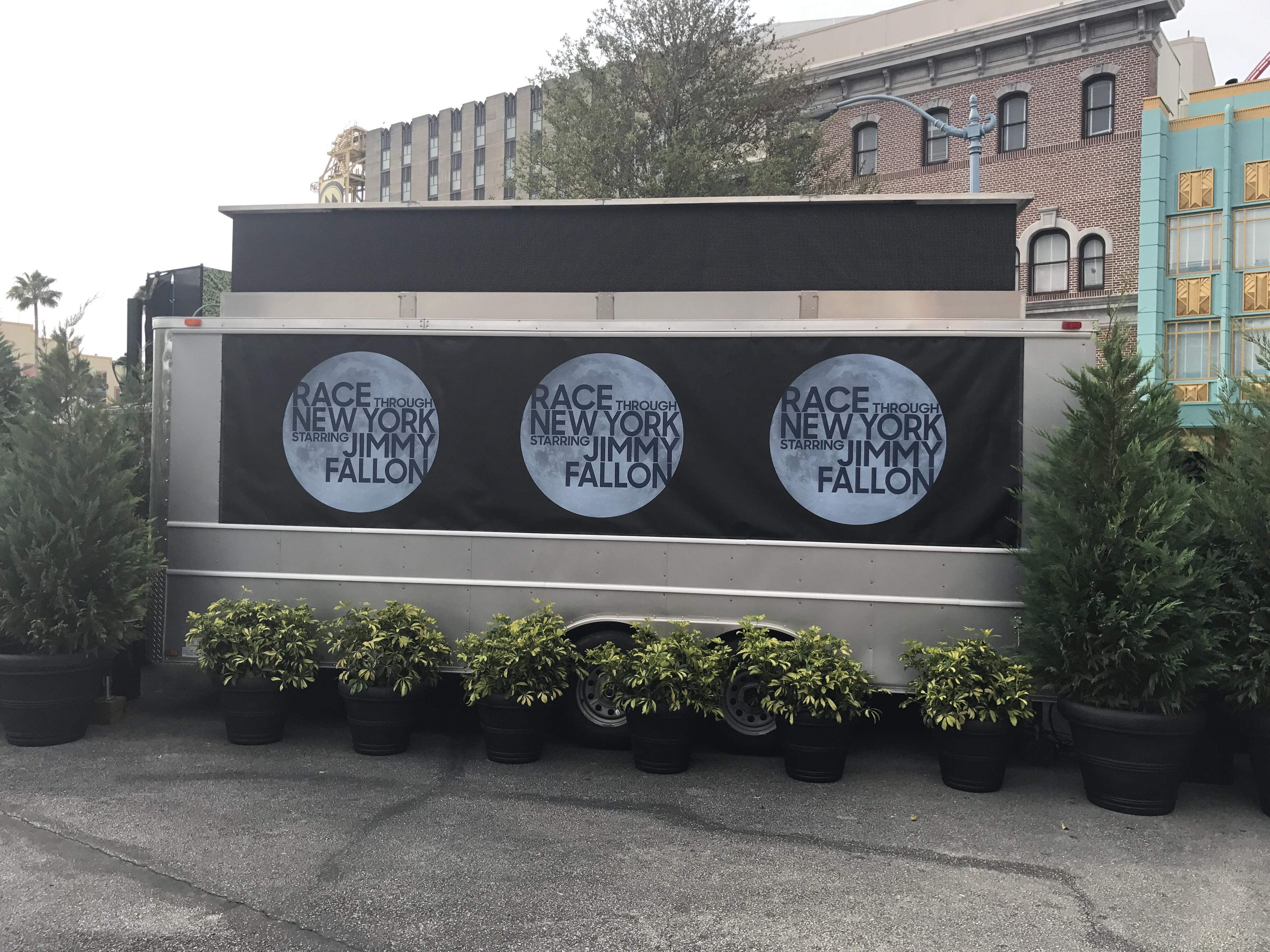 Jimmy Fallon and his Tonight Show posse arrived in Orlando sometime over last weekend. Jimmy himself was seen in the Tonight Shop this past Sunday before he went to Wrestlemania (and allegedly sat next to Mark Woodbury) and took photos with some guests! Notice his Team Member name tag?

The Tonight Show starring Jimmy Fallon will be filming all this week at Universal and culminating this Thursday with the grand opening of his attraction “Race Through New York”.

The front area of the park has exploded with Fallon signs about the tapings, the opening of the ride, and sets for filming of the show. They even put some merchandise at the front of the Universal Studios Store.

Guests attending the Fallon tapings check in at the entrance to the Blue Man Group path. Even though the tapings don’t start until 2pm, guests can (and have) check in as early as 9am! Joey and I will be attending the “red carpet” grand opening for the attraction on Thursday morning.

Musical guests for the Tonight Show tapings will perform on the Rockit stage. That’s the same stage where the Mardi Gras concerts are held. These performances are free for anyone that has a park ticket and obviously limited to capacity. These aren’t full blown concerts. Just one or two songs from the artists. Performers include Pitbull featuring Stephen Marley, Blake Shelton, Flo Rida featuring 99 Percent with The Roots, and Jason Derulo featuring Ty Dolla Sign.

Just like the last time he came to town, this is a very exciting time to visit the Universal Parks while Fallon is here! We are looking forward to the grand opening of the ride on April 6th! Be sure to look for a Facebook live broadcast as well as photos and other videos from the day!

See you in the parks!