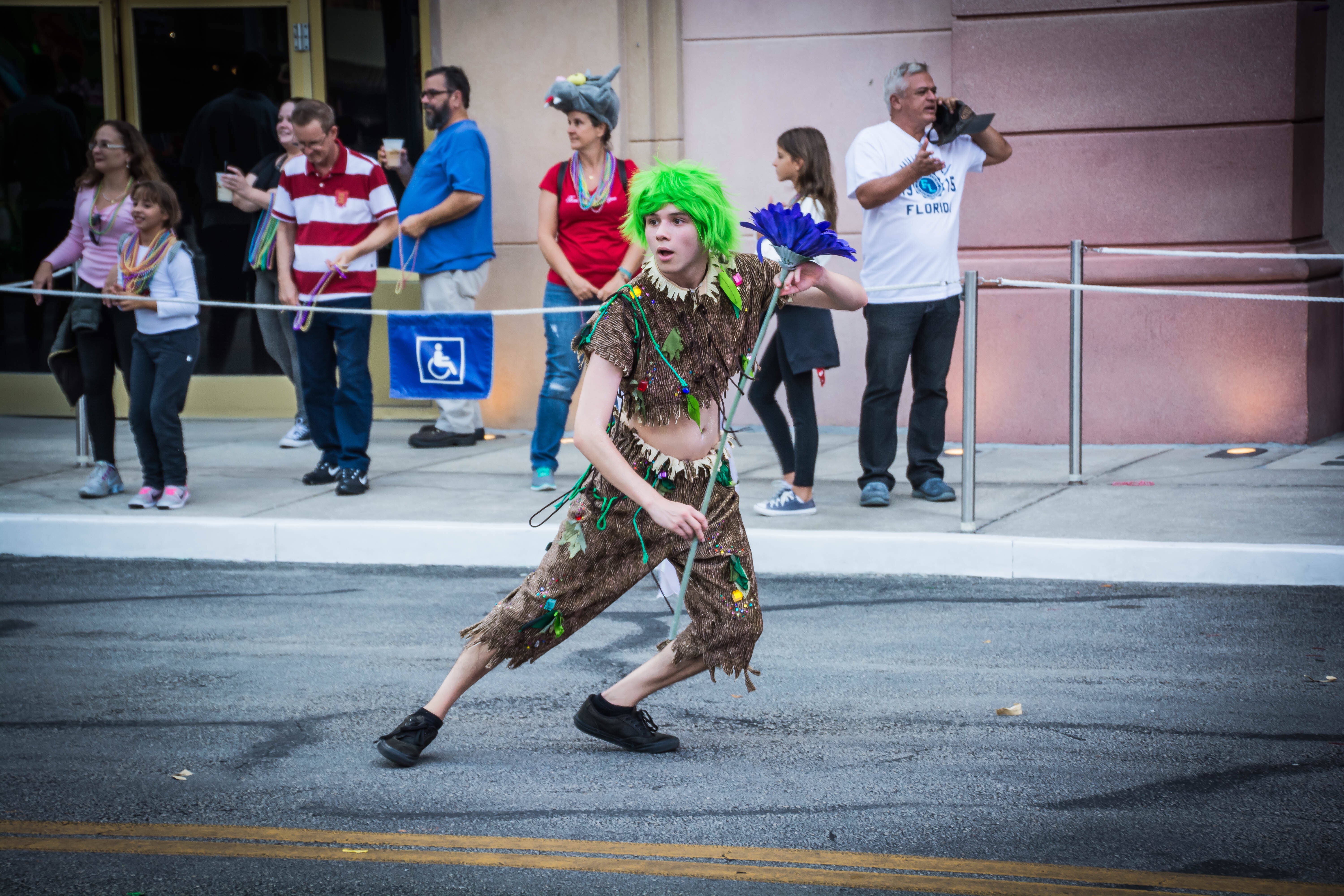 The biggest bash this side of the bayou kicked off last Saturday with food, a parade, and Trace Adkins in concert! This year, Universal Orlando is treating us to their Mardi Gras parade every night from February 4th through March 25th! The French Quarter Courtyard will also be opened every night through the run of the event.

February 7th was the only time this season to experience the parade at 5pm. Until we move the clocks ahead on March 12th, this seemed like a prime opportunity to see the parade with some sunlight! And it was awesome!

Everything that makes the Universal Mardi Gras parade amazing is back and it feels like there’s more of it all! More beads, more performers, and new floats! Six new floats to be exact! Each accompanied by dancers, stilt walkers, and other colorful performers that match the theme of the float. All the new floats are based on “mythical creatures” so keep your eyes peeled for some phoenix, dragons, and garden sprites!

Visit Universal Orlando’s official website for details on what time the parade starts each day. We are working on a video of the parade and should be up soon. Until then, check out the replay of our Facebook Live broadcast! We can’t wait to get back to enjoy more of the party! FEET DON’T FAIL ME NOW! ???